The severe freeze of 2007 was the catalyst for creating Moon Valley Nurseries amazing tree and plant growth enhancer known now as Supercharged Moon Juice. When the record freeze event hit, Moon Valley Nurseries had acres and acres of destroyed trees, palms, plants and more. Losses were estimated at nearly $50 million considering present plus future inventory losses. With thousands of blackened trees that were pretty much left for dead, Moon Valley Nurseries was desperate and tried numerous nutrients to stimulate regrowth. Bacillus microbe treatments, Thiamine mononitrate (B-1), superthrive and most known stimulators were used with no success. Moon Valley Nurseries consulted with the legendary area botanist David Plant who suggested trying a new, experimental plant nutrient called Furst Liquid. This proprietary blend of selected amino acids and proteins immediately showed results. It was tested on a 5 acre portion of the freeze damaged trees and nearly all within the test were able to begin recovering and within a year or so had returned to near normal. Unfortunately, the other trees that weren’t given the Furst weren’t able to recover and had to be mulched.

It was apparent that Furst liquid contained incredible properties for instigating and maintaining vigorous growth along with recovery benefits for all tree and plant varieties. Moon Valley Nurseries was so impressed with it, that Furst Liquid was immediately incorporated into a new type of liquid plant nutrient which is now known as Supercharged Moon Juice. Customers initially began using Supercharged Moon Juice primarily as a transplant enhancer to help ensure faster growth of new plants along with minimal transplant shock. It was soon found to benefit trees and plants during nearly all stressful situations including drought resistance, freeze damage recovery, heat stress or recovering from physical damage caused by wind or insects. Regular use of Supercharged Moon Juice helps trees and plants maintain an overall vigor and vibrancy that can’t be achieved with other fertilizers alone.

The Furst liquid that powers Supercharged Moon Juice is also included in Moon Valley Nurseries other liquid fertilizers and nutrients including Super Palm Juice, Moon Green, and Desert Juice. All of these were designed specifically for growing in the tough soils of the southwest and are used almost daily at our farms, nurseries and growing grounds across the area. For maximum growth and vigor across the lifetime of your plants, we strongly recommend continued use of Supercharged Moon Juice and all other Moon Valley brand fertilizers and nutrients.

Shop Moon Valley Nurseries for all your fertilizer needs! 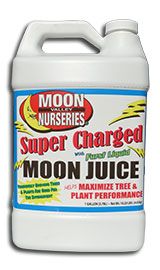 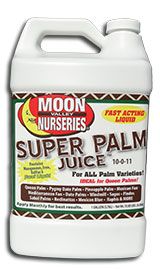 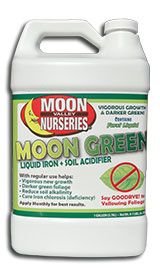 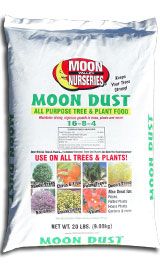 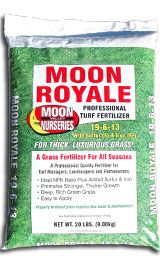 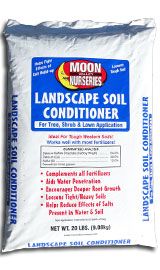 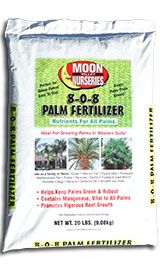 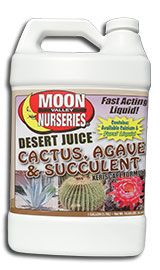